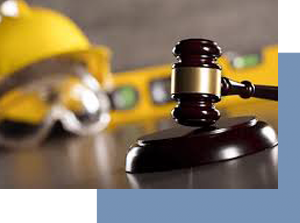 REFORM TO THE FEDERAL LAW OF LABOR

As you know, on May 1, 2019, the decree by which the Federal Labor Law (“LFT”), as well as various regulations related to the subject (“Reform”) was published in the Official Gazette of the Federation Labor»).

The Labor Reform proposed by our current President, Andrés Manuel López Obrador, intends to complement the regulations on labor law, among other matters, eliminating elements that in practice have made labor justice delayed, questionable, expensive and difficult to access , as well as eliminating the jurisdictional functions of the Conciliation and Arbitration Boards (“JCA”), in order to strengthen impartiality in conciliation and arbitration of conflicts in the matter.

It also seeks to address various pending aspects related to the dignity of employment, as well as to achieve true union democratization; the latter, maximizes the ratification of Convention 98 of the International Labor Organization on September 20, 2018, as a prelude to the commitments in the matter agreed in the Treaty between Mexico, the United States and Canada, which is still pending ratification. the date of publication of this.

The aspects that we consider most relevant in the Labor Reform are the following:

In order to modernize the processes of imparting labor justice and because the ordinary procedure for a labor trial could be costly and time consuming, the JCAs are eliminated and consequently various bodies are created such as: (i) the Labor Courts ( of federal and local competence); (ii) the Federal Center for Conciliation and Labor Registration (“CFCRL”); and (iii) the Office of the Defense of Labor; among others.

2.1. Compulsory Prejudicial Conciliation: With the purpose of reducing the excessive number of labor disputes, reducing the respective workloads and expediting the processes, a conciliation stage was created prior to the filing of a claim so that the parties can reach an agreement.

Consistent with its purpose, the preliminary ruling conciliation stage may not exceed 45 calendar days and will only be applicable in the case of conflicts that do not include: (i) discrimination; (ii) designation of beneficiaries by death; (iii) social security benefits; (iv) freedom of association, freedom of association and effective recognition of collective bargaining; (v) child labor; (vi) dispute over ownership of collective agreements; and (vii) challenge of union statutes or their modification. One of the most important characteristics of this stage is that it is the employer’s obligation to attend said preliminary ruling. If the latter does not attend, a fine of between 50 and up to 100 Units of Measurement and Update (“UMAs”) (between $ 4,200 and $ 8,500 M.N., approximately) will be imposed.

2.2. Ordinary Procedure: The ordinary procedure will be carried out orally with a written phase, when there are individual and collective conflicts of a legal nature that do not have a special procedure in accordance with the LFT. This process will begin with the presentation of the application brief, accompanied by the proof that the preliminary conciliation procedure has been previously satisfied, as well as the corresponding evidence.

The defendant must give a written response, as well as offer their evidence and, if applicable, reconsider the plaintiff. Once the written part is finished, the procedure will be relieved in the following stages: (i) preliminary hearing, and (ii) trial hearing.

3. Right to Organize, Freedom of Association and Collective Bargaining.

The Labor Reform provides for freedom and union autonomy, prohibiting acts of interference, encouraging or building unions led by a pattern or an organization of employers, or supporting workers’ organizations in any way in order to place them under their control.

In the same way, it establishes democratic mechanisms within the union life in which the workers will be able to choose through the free, secret and personal vote the General Secretary of the union, including basic norms and principles for the calls and their publicity, determining safe places and accessible for consultations, facilitating the identification of workers with the right to vote.

On the other hand, authentic collective bargaining is established as a way to solve the problem of the existence of unscrupulous organizations and ghost unions. The unions must have a certificate issued by the CFCRL, [1] with at least 30% of the workers covered by the collective agreement, before starting the negotiation and striking. In cases where there is competition between two or more unions for the right to negotiate and conclude the collective agreement, the right to the union that obtains the most votes shall correspond. The authorization and express will of the employer is not required for the union to strike. The CFCRL will have powers to substantiate the conciliation procedure between workers and employers.

Likewise, it is established that all contracts entered into by the union must be previously consulted and consequently authorized by the majority of the workers belonging to the union, through free, personal and secret voting.

Finally, the LFT establishes that it is the obligation of the trade unions to make public notes, statutes, assembly minutes, documents contained in the union registry, etc. available to the public.

In order to reduce the violations of fundamental rights in collective matters, in the Labor Reform it is considered mandatory that collective agreements, agreements, internal labor regulations and trade union organizations be registered at the national level in the CFCRL. Similarly, it is established that in the event that the employer performs acts of interference [2] or violates the rights of workers when deciding who should represent them in collective bargaining, fines ranging from 250 to 5,000 UMAs (between $ 21,122) will be imposed. and $ 422,450 MN, approximately).

When there are conflicts between unions, the dispute will be resolved by consulting the workers who will express their will freely, secretly and personally.

Following the resolution of the Supreme Court of Justice of the Nation of December 5, 2018, the Labor Reform presents a significant change to the working conditions in which domestic workers live, establishing as an obligation the conclusion of a contract of work between the employer and the worker, as well as the employer’s obligation to enroll domestic workers in the Mexican Social Security Institute and pay the corresponding fees in accordance with the rules applicable in the matter.

Additionally, domestic workers will be entitled to a weekly rest day and a half uninterrupted, preferably on Saturday and Sunday, and an additional rest for a full day each week.

Likewise, various economic provisions were included in the chapter corresponding to this type of workers, from the obligation to pay certain work benefits such as Christmas bonus, vacations, vacation premium and seniority premium, to the consideration of food and room received in the workplace as part of their compensation, the latter being equivalent to 50% of the salary received in cash.

Finally, it should be noted in relation to this last economic issue, that the Labor Reform foresees that contributions for housing (i.e. INFONAVIT) or participation of workers in the utilities (“PTU”) with respect to domestic workers should not be paid.

[2]          The benefits agreed in collective bargaining will not be considered acts of interference.

The LFT reiterates as public order rules certain prohibitions, such as:
(i) inhuman hours for the notoriously excessive, (ii) non-remunerative salaries, (iii) the concealment of a labor relationship with simulated acts, or (iv) the registration of a worker with a lower salary than what he actually receives.

Protection is also included to reduce discrimination and inequality for women and men in terms of equal opportunities, establishing equal protections for workers with and without family responsibilities. In addition, obligations are established to employers to implement protocols to prevent discrimination, violence and sexual harassment at work.

Finally, we consider it relevant to be informed of the chronology of the Labor Reform:

Certainly, the Labor Reform comes to complete the regulatory framework on labor law issues that have long been required to deal with de facto situations in our country, such as freedom of association, domestic workers or gender equity.

However, it seems that, like its predecessor in 2012, legislative and political pressures during pregnancy have resulted in the Labor Reform leaving various issues pending; to mention a few, the effective regulation of labor subcontracting schemes or the updating of the legal framework applicable to the OCT.

As with other legislative projects in our country, only with the passage of time and the effective implementation of the modifications proposed in the Labor Reform can we assess its success, as well as the relevant needs for future updates in our legal field and working market.

Hoping that the above information will be useful, in Kavanagh Gorozpe we have a team specialized in the field available to resolve any questions or comments related to the Labor Reform and the general provisions that regulate it.

With the special collaboration of

The information contained herein is issued exclusively for the benefit of its recipient. The review, distribution or other use of the information contained therein is prohibited to any person other than the recipient. This constitutes a preliminary analysis for informational purposes only and in no way is intended to represent a legal opinion or the position of the issuer with respect to the object thereof. The considerations contained herein or reached may not coincide with the eventual opinion or criteria of the authorities, jurisdictional bodies or other relevant third parties in the matter.